Skip to content
In this article, we will cover the history behind the design and location of Marble Arch, as well as providing useful information for visitors on how to get there.

Marble Arch is a beautiful landmark with a rich history. Located in the heart of London, it can be seen as a gateway connecting the past and the present. 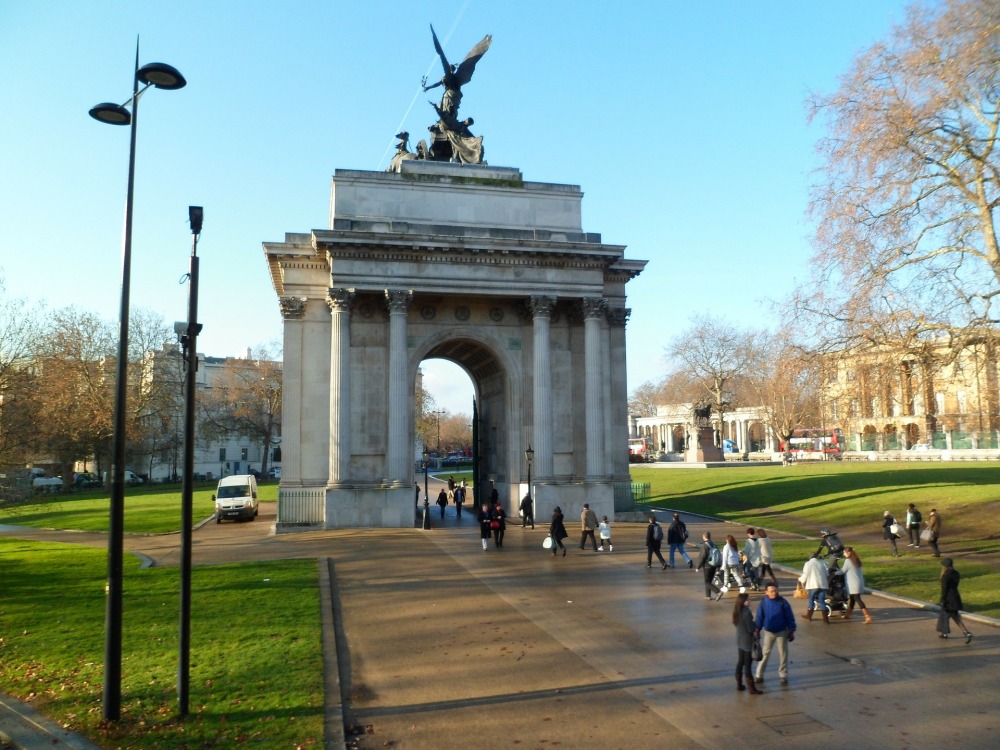 Marble Arch was designed n 1827 by the renowned Georgian architect John Nash, who also designed Buckingham Palace. Constructed in white Italian marble, the design for Marble Arch was based on the Arch of Constantine in Rome and the Arc de Triomphe in Paris. The arch was commissioned during the reign of King George IV and was intended to be one of the state entrances to Buckingham Palace. However, in the mid 19th century the Palace underwent major reconstruction and the arch was moved to the corner of Hyde Park where it now stands.

A beautiful creation with a gruesome past

When it was moved in 1847, Marble Arch was rebuilt on the site of what was known as the Tyburn Tree, an infamous gallows where thousands of people were executed from the Middle Ages up until the late 18th century. Some of those hanged here were Roman Catholic martyrs who were sentenced to death during the Protestant Reformation. One of the more famous people to be hanged here was Oliver Cromwell, who on the first anniversary of his death had his body exhumed and hung from the Tyburn gallows.

Marble Arch is in an excellent location at the corner of one of the city’s top shopping destinations as Oxford Street and Bond Street are just minutes away. Some of London’s best-known luxury hotels are only a 15-minute walk from Marble Arch, including The Dorchester, The Hilton Park Lane, and the Royal Lancaster London.

How to get there

Due to its excellent location, Marble Arch can be easily reached by public transport. If you are travelling on the Underground, Marble Arch station on the Central Line takes you right to it. It is also less than 20 minutes walk from Paddington station if you are travelling by train. Marble Arch is also one of the stops for the hop-on hop-off tourist buses, which makes it an easy attraction to fit in to a busy day of sightseeing.

Marble Arch is an easy and worthwhile attraction to include in your holiday to London. It has an interesting history and is perfectly located at the corner of one of the busiest shopping districts in Europe, making it a great visit for those who wish to combine shopping and sightseeing.